A Commerce-based drone business captured photos of the devastating fire at Pepino’s Restaurant in Walled Lake on Nov. 2.

The photos were taken by Midrone, run by commercial drone pilot Bill Adams. Adams was at the fire documenting the event and was asked to pitch in for the birds-eye view.

“Firefighters had what they believed to be a good angle (with their hoses) on the flames to prevent further loss to apartments (connected nearby), but could not be sure without an aerial view,” said Adams.

Adams positioned the drone where officials needed to focus fire suppression and save the apartments.

“Part of our mission at Midrone is to provide community service and make our homes safer using this technology” said Adams.

“We created an 8-minute video (of the Pepino’s fire) available on our website,Facebook and YouTube pages dedicated to the brave professionals who keep our commu

Walled Lake Fire Capt. Jason Gonzalez said Thursday that no investigation has started as yet.

“They’re probably going to have to get a backhoe or tractor in there (to move through the debris),” he said.

“Right now the cause is undetermined.”

Fire crews remained at the fire from 3:05 p.m. Monday until 10:30 a.m. Tuesday. Officials said the fire smoldered due to the restaurant’s thick rubber and tar roof.

Gonzalez said two other businesses — a graphics company and electrical repair shop — were destroyed along with the restaurant.

“You’ll have two to three insurance companies investigating this,” he said. Gonzalez said having the drone footage was “definitely helpful.”

Midrone, LLC is officially open for business after receiving its FAA exemption required for commercial drone operations in the U.S.

Adams said the company’s mission is “to help people to see the beauty of their world through the drone experience.”

Carol Hopkins covers Waterford and White Lake townships. She has a master's degree in journalism from the University of Michigan, and she worked as a senior editor for Detroit Monthly magazine and as a reporter for The Oakland Press since 2003. Reach the author atcarol.hopkins@oakpress.com or follow Carol on Twitter: @OPCarolHopkins. 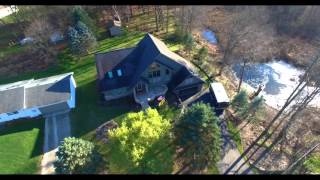 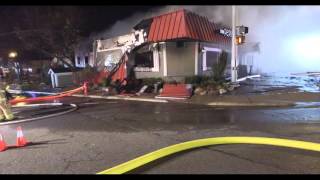 Why Are Drones So Creepy?